The EPA fudged its 2014 test results of the Bridgeton Athletic Complex, assuring the public that the ballfields were safe, while withholding data that warranted further investigation.

Internal EPA emails show the agency was aware that radiation levels at the Bridgeton Athletic Complex were above background levels, but failed to clearly alert the public of its findings in a timely manner.

The series of internal agency emails obtained by The First Secret City reveal that the EPA knew that multiple radio-isotopes found within inches of the surface at BMAC exceeded 5 pico curies per gram, one of the varying benchmarks set by government regulators to determine so-called permissible levels of exposure. 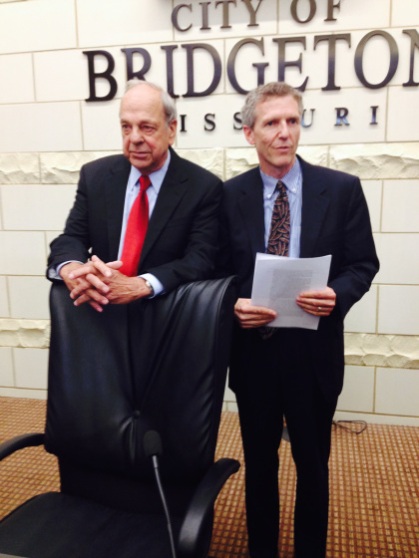 In an email dated June 23, 2014, Cecilia Tapia, director of Environmental Sciences and Technology for EPA Region 7,  cited differing action levels for radioactive isotopes and advised her colleagues that they should consider swapping one standard over another.

In her email message, Tapia cited the EPA’s supplemental feasibility study’s “action levels,” but added this caveat: “It may be more appropriate to use the SLAPS numbers.”

Using one set of numbers instead of the other could have effected the EPA’s decision on BMAC.

SLAPS is the acronym for the 21.7 acre St. Louis Airport Site, a radioactively-contaminated property originally under the control of the U.S. Department of Energy.  In 1997, that clean up was handed over to the U.S. Army Corps of Engineers, which has authority over it and other sites in the St. Louis area through the DOE’s Formerly Utilized Site Remediation Program (FUSRAP).

The EPA official’s comment is subject to interpretation, but any way it’s sliced the numbers cited in the related email chain among EPA contractors and agency officials show one undeniable fact: The EPA had verified through its own testing that there were radiation levels of concern at BMAC, but then acted to downplay the significance of its own findings.

Three days after Tapia suggested revising the applicable standards, then-EPA Regional Administrator Karl Brooks assured the public there was no cause for concern. In its June 26 press release, the EPA announced without equivocation that it was safe to play ball at BMAC.

“EPA’s analysis of data collected from more than 58,000 surface points across BMAC suggests no levels of gamma radiation that would pose public health concerns for users of this facility,” Brooks said. “This was a thorough scientific survey, coupled with meticulous review and quality control checks of the data.”

Brooks assurances came despite knowledge that levels of Lead 210, Potassium 40, Thorium 234 and Uranium 238 detected at BMAC exceeded naturally occurring background levels of those isotopes in the environment. The administrator’s questionable assurances were based on an arcane agency formula that mandates remedial action only when radioactive contamination is found to be twice the normally occurring background levels. Moreover, EPA remediation standards are not as strict for  recreational areas.

In this case, the EPA gave its stamp of approval to allow children to play baseball in an area that was determined by its own testing to be radioactively contaminated.

Before the EPA began any testing at BMAC, Brooks held a press conference at the Bridgeton City Hall on May 9, 2014 to announce that the ballfields were safe and dismiss the independent test results carried out by Just Moms STL, a community organization.

Dawn Chapman of Just Moms STL believes that the EPA deceived the public concerning the levels of radiation at BMAC. The organization she founded has been fighting for years  to remove the radioactive waste from the nearby West Lake Superfund Site in Bridgeton.  Chapman questions why the agency didn’t dig deeper after finding radioactive contamination near the surface at BMAC.